Definition of Dicot and Monocot Plants 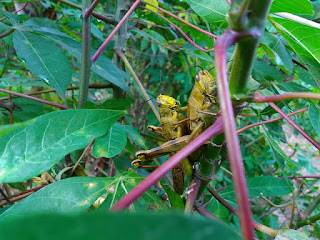 Almost all over the world there are various kinds of plants that live. Plants are divided into three groups, namely macroscopic algae, spore plants and seed plants. Plants are divided into two subdivisions namely gymnosperms (plants with open seeds) and angiosperms (plants with closed seeds). The characteristics of closed seed plants or angiosperms are plants that have closed seeds and also almost all angiosperm plants produce flowers.

Solanaceae is a plant that has five flower petals. In addition, the fruit in Solanceae is located on the base of the flower and Solanaceae has two layers of fruit walls. Examples of solanaceae plants are tomatoes and eggplants.

Euphorbiaceae is a dicotyledonous plant. The characteristics of euphorbiaceae plants include having the shape of a leaf bone that is fingered. Examples of plants that are included in the Euphorbiaceae are rubber, jatropha and cassava.

Apart from Papilionaceae, Solanaceae, Euphorbiaceae, several families belonging to dicotyledonous plants include Myrteceae, Rosaeae and Crusiferae. Examples of plants belonging to the myrteceae are water guava, guava, salam, eucalyptus and cloves. While examples of rosaeae are roses, apples, pears and strawberries and examples of crusiferae are cabbage, mustard greens and radishes.

Gramineae or grass plants are included in monocot plants. This plant has the characteristics of parallel leaf shape, besides that it has a hollow stem and has fibrous roots. Examples of gramineae are corn, rice and wheat. Gramineae plants are usually used as staple food sources.

Palmae are plants that have pinnate leaves. While the shape of the stem is unbranched and has a fibrous root form. Examples of plants belonging to the palmae family are coconut and sago.

Musaceae or areca nut is a monocot plant. The characteristics are that it has a pseudo stem, has a pinnate leaf shape and has a flower shape like a wreath. An example of a plant that belongs to the Musaceae is the banana tree.

Zingiberaceae or gingers are plants that have fibrous roots. While the flower crown is three with a shape like a tube. Examples of Zingiberaceae plants are turmeric, kencur and ginger.