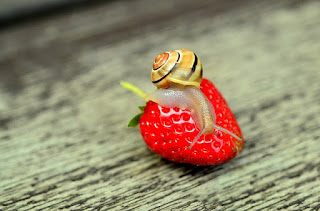 Animals that do not have a backbone.

Has a nervous system in the stomach of animals.

On the head does not have a protector (skull).

Some invertebrate animals reproduce by dividing.

Has a simpler body anatomy.

These animals can move places.

Animals from the phylum Poriferi are divided into three orders, such as:

Order Demospangia (the body of these animals is very soft).

sea ​​anemone In Greek "coilos" is defined as a cavity. The general features and characteristics of this animal are:

His body seems to have a cavity

Live in the depths of the sea and fresh water

In the mouth of this animal there are soft webs.

Animals from the phylum Coelenterata (Hollow Animals) are divided into four orders, namely:

Order Hydrozoa (tubular with a length of 5-10 mm).

Order Anthoza (tube-shaped with a length of 5 cm).

Order Ctenophora (this order does not have poison cells).

The shape of the animal is flat.

The body is broad and has no segments.

Animals from the phylum Platyhelminthes have three orders, as follows:

Mollusca snails are soft-bodied animals. The general characteristics of molluscs are:

Has a wrapping shell

Has a digestive and respiratory system.

Animals from the phylum Mollusca have five orders:

Order Gastropods (a type of snail).

Order Pelecypoda (a type of cramp).

Order Chepalopada (a type of squid).

sea ​​urchins Echinoderms are a type of animal that has spines on the skin. The general characteristics of this animal are:

Live in the sea.

The shape has no head.

Examples of echinoderms are: sea urchins, starfish and sea cucumbers.

Its body size is larger than other phylums.

Has segments on the legs.

Has no blood color.

As the animal grows, it changes shape.

Phylum Arthropoda has several orders. The orders are as follows:

Order Crustacea, which is a kind of crustacean.

Order Insecta, which is a type of insects.

Order Mynapoda, which is a kind of centipedes.

earthworms Its body is equipped with segments / segments. Have you ever seen a worm that has a segmented body and has segments? The worm is an annelid animal. Characteristics or general characteristics of Annelida are as follows:

Each segment coordinates with each other.

Has a fairly good circulatory system.

Phylum Oligochaeta, which is a type that has hair that helps movement.

Phylum Polychaeta, namely worms that have a large number of setae.

Fillum Hirudinea, namely worms that have hirudin (a substance that can prevent clotting in the blood).