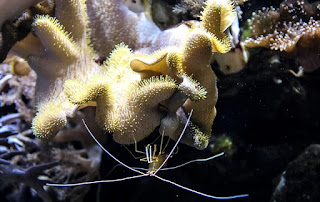 symbiosis komensalism is the interaction of various living things in a certain place and at a certain time which are also interconnected. The term symbiosis comes from the Greek word sim means with and namely biosis means life.

So the meaning of commensalism symbiosis is the interaction between two living things in which an organism can benefit but other organisms are not harmed at all.

This means that they want to live to benefit from it while other living things are not affected at all. For more details, I will give an example of this symbiosis of commensalism and discussion.

Symbiosis of betel with its host

an example of a symbiosis of komensalism, namely between the betel plant and its host, the betel plant has a name, namely the piper battle, a kind of plant that is found in our environment.

Usually the betel plant follows the plant which will be used as a host this is done so that it can get sunlight which can later help photosynthesis for the betel leaf.

The betel leaf plant itself will benefit, namely getting sunlight without harming the host, but the host is not very friendly to benefit from this symbiosis but also does not get any harm.

Symbiosis of orchids with mango trees

From the next symbiosis of komensalism, namely there are orchids with mangoes, orchid plants grow quickly and develop by sticking to the mango tree.

the function of the orchid, which is attached to the mango tree, is for orchids without sunlight and water, etc. to support the photosynthetic process experienced by orchids.

The benefits of orchids are getting sunlight, organic substances from the bark and water, while mango plants do not get anything and they are not harmed at all.

The symbiosis of orchids with the randu tree

The symbiosis of orchids and randu trees is a symbiosis of komensalism of orchid plants attached to the randu tree to get materials from the photosynthetic process such as water and sunlight.

The benefits of orchids get sun water and others, but the randu tree is neither harmed nor disadvantaged.

Symbiosis of ferns with teak trees

The symbiosis between ferns and teak trees is a symbiosis of komensalism of ferns attached to the trunk of the teak tree. the purpose of ferns is to get sunlight.

The advantage that is obtained from ferns is that it can get sunlight for the photosynthesis process, while the teak trees are not harmed and not benefited.

The symbiosis between remora fish and sharks is the most well-known symbiosis of remora fish. This is done in order to get food and protection from predators of Remora fish.

The benefits obtained from Remora fish are that. Meanwhile, sharks do not get the benefit or loss resulting from this symbiosis.

The symbiosis of remora fish with stingrays

The symbiosis between remora fish and stingrays is almost the same as that of sharks. Remora fish always stick and follow the pack of the day by utilizing large fins which later turn into suckers.

When the stingrays look for food and get food, the Remora fish also get food from the leftovers that are not eaten by stingrays.

The benefits obtained from Remora fish are getting free leftovers from stingrays and stingrays will not get the advantages and disadvantages of This symbiosis And this is also included in the symbiosis of commensalism.

Symbiosis of shrimp with sea cucumber

Sea anemones can release toxic substances that can injure other fish around the animon, but clown fish do not get the effect at all because the skin secretes mucus that can serve as a protection.

The advantage of clown fish is that it is protected from predators that eat it, while anemones do not get a loss or gain.